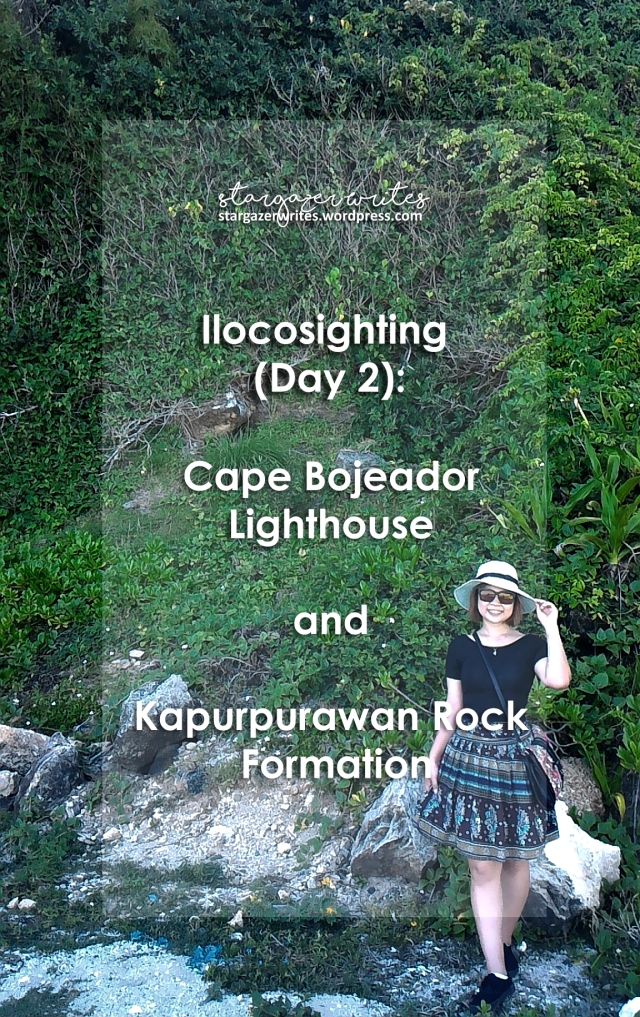 Beautiful nature – this is what I witnessed as we progressed to the second day of our Ilocos tour. I know the Philippines is such a gifted country when it comes to natural resources. In this post, I am going to share the wonders of nature in Ilocos.

To those who are curious about day 1, Here it is: Ilocosighting (Day 1)

Just a heads up, I am not paid to write this.

ince it was Jona’s birthday, we started the day with breakfast and candle-blowing.

By the way, we stayed at the Paty Garden Inn. The room given to us is more spacious compared to the hotel room I stayed in Parañaque.

Our first stop is Cape Bojeador. I am so excited to see what’s in store for us at the top. This is because I love lighthouses. Here’s a post on one of my trips to a lighthouse: Bonding with Parolas

The Cape Bojeador Lighthouse is sitting on top of the Vigia de Nagpartian Hill in Burgos, Ilocos Norte. It was created during the Spanish Colonial period, and first lit in 1892. It is used to guide the galleons as they sail by. Even today, the lighthouse still functions as a guide for foreign vessels. 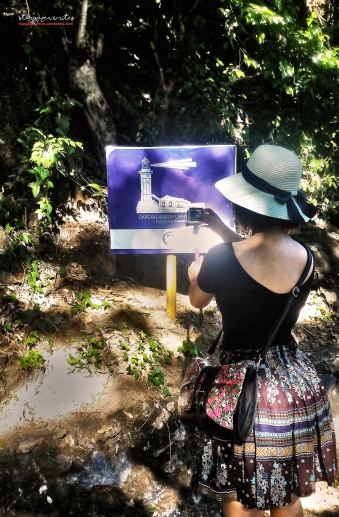 Once you’ve climbed the stairs, you will be greeted by a veranda. It leads to a pavilion, which overlooks the beautiful South China Sea on one side, and tree-filled mountains on the other side.

The pavilion has been converted into a museum. Other rooms are also found with beds, probably for accommodation. 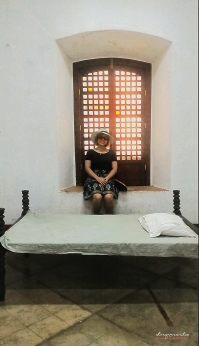 From the veranda, you have to pass a hallway and a staircase to get to the lighthouse. 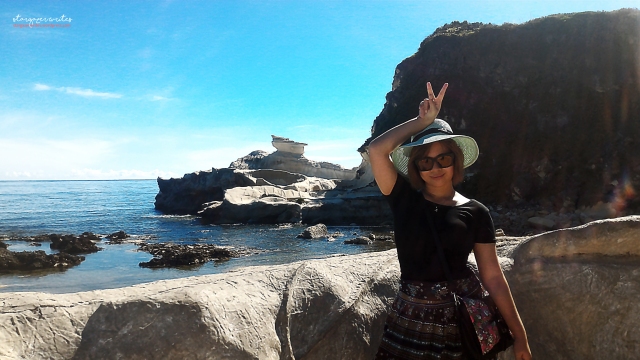 Its name was derived from the Ilocano word “puraw”, which means white. Well, you can tell why it was named after such a word. Sculpted by nature and time, Kapurpurawan Rock Formation stands magnificently by the waters as a big white limestone art. 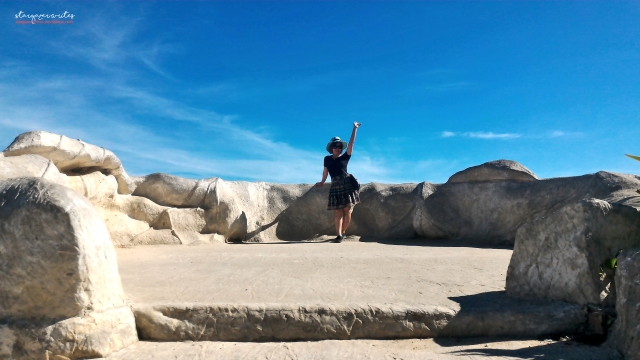 Aside from the limestone formation, there are other neat stuff to see in the area. Locals also offer activities such as horseback riding and mountain climbing. 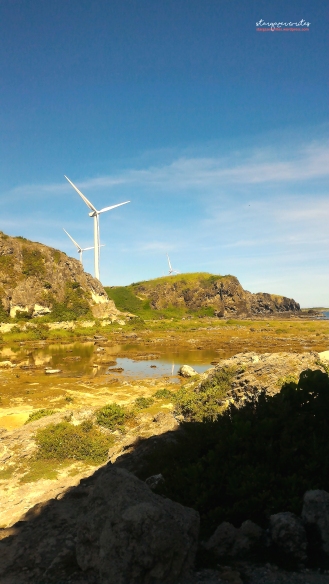 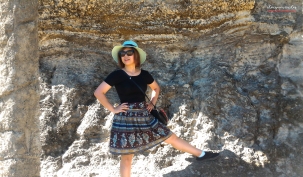 So hot and tiring!

Look at me pretending to be strong!

Not to mention, a statue of Lam-ang with a crocodile can be found in the area.

I am trying to take a peek at Lam-ang’s butt. 🙂

Lam-ang is the protagonist from the Ilocano epic poem entitled “Biag ni Lam-ang”. This roughly translates to The Life of Lam-ang.

Beware though, it’s very hot when it’s sunny. Shade is very limited in the area, so you better have your sunblocks and umbrellas ready!

That’s it from me for now. The next post will still be about the second day of our Ilocos trip. I hope you’ll check it out too!

How about you? How many times were you able to experience nature’s majesty? Let me know some of them by commenting below. 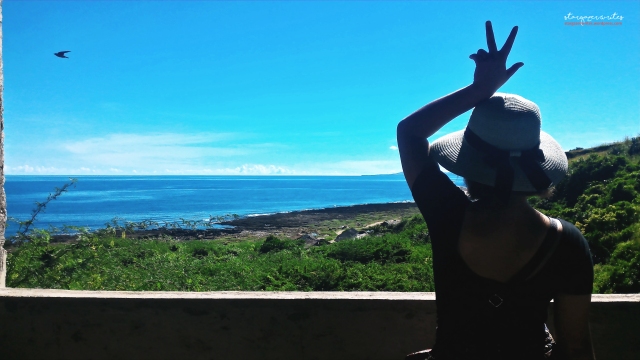 Who’s in charge? Me!

My dream is to have eternal youth. Since aging is beyond my control, I invest my time and money on skin care.